My basic belief about the making of stories is that they pretty much make themselves. The job of the writer is to give them a place to grow. Stories are found things, like fossils in the ground. The writer’s job is to use the tools in his or her toolbox to get as much of each one out of the ground intact as possible.—Stephen King

Our current production of Ghost-Writer raises many questions, as all great mysteries do, the most important being, “where do stories come from?” And with many great plays, that question is not directly answered. Another question raised regards the author’s voice and the idea that a novel can be in an author’s voice yet not be from the author’s hand. That said, I’ve found some interesting facts and information about the realm of ghostwriting from Derek Lewis, a business writer based in Baton Rouge, LA. As a ghostwriter himself, Derek helps business professionals write their next great business book. In case you’re new to the concept, in true ghostwriting, the author authors the book; the ghostwriter translates their thoughts into words. Put another way: the author can write the book without the ghostwriter, but the ghostwriter cannot write the book without the author.

For instance, did you know that the following authors utilized the services of a ghostwriter? 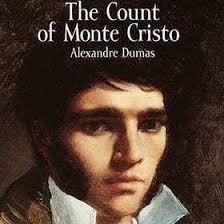 Here are some of the more famous business authors who wrote their books with ghostwriters:

And then here are some surprising ghostwriting pieces of trivia (and gossip):

A million thanks for the generosity of Derek Lewis for his willingness to allow me to share this information. If you’re curious about Derek and what he does in the realm of business thought leadership books, check out his website by clicking here.

Ghost-Writer at the Commonweal has just four more performances on the calendar and you can reserve your choice right here on the website.

See you at the theatre…Jeremy